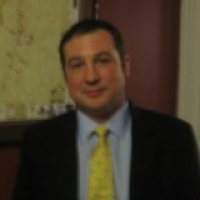 Location
Tops Plaza in Avon is located in Avon, NY, a town in the southern half of the Rochester MSA. The Plaza is located on Routes 5 & 20, a high-traffic east-west road in Upstate New York. Additionally, the Plaza is less than 2 miles from I-390, one of the major highways in the Rochester MSA and connects Avon to areas north and south of it. Nearby retailers include McDonald's, Dunkin', Dollar General, Tom Wahl's, Monro, ESL, and Bank of Castile.

Lease
Space Available in Dominant Grocery Anchored Shopping Center. This is the largest and best grocery store in the surrounding area, and has an massive extended draw. Co-tenants include: Tops Supermarket, Subway, Salon Secrets, High Nail Salon, Zoom Tan, and Mark's Pizzeria. Competitive lease rates are available. In-line units 2, 3B and 6 are available and are 4160, 1664, and 2000 square feet respectively. Two Out-parcels available at Front Entrance - Build to suit. Traffic Count is 13,014 vehicles per day on East Main St.