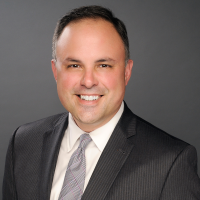 Sale
The Keyes Company, on behalf of the owner, is marketing for sale this 30,745-square-foot (30,000 square feet rentable), single story flex office building within the Perrine Community Urban Center (PECUC) Disitrict in the South Dade Submarket of Miami-Dade County. Property is located within a designated an Opportunity Zone.

This two tenant building known as the headquarters for GE/Avionica Corporate Division, also known as the Lee A. Lawrence Sr. Office Complex is situated on 1.92 acres at 17735 Homestead Avenue within the Palmetto Bay/Cutler Bay trade areas. The property is proximate to Miami-Dade Transit's Bus Line, that stretches from Homestead and connects to the entire Miami-Dade Transit System. Additionally, the complex has access to Florida's turnpike and US1, two of the busiest highways and a gateway to the Miami MSA. The one-story building consists of two (2) units. The largest tenant, General Electric's Avionica Division, is well established in the space and plans to remain. A proposed six (6) year lease with GE has been agreed upon and will commence upon a successful closing with whomever purchase this great asset. The smaller 5,000 square foot bay was leased out to a PPEC (Prescribed Pediatric Extended Care) Facility for a five (5) year term that commenced on June 2019.