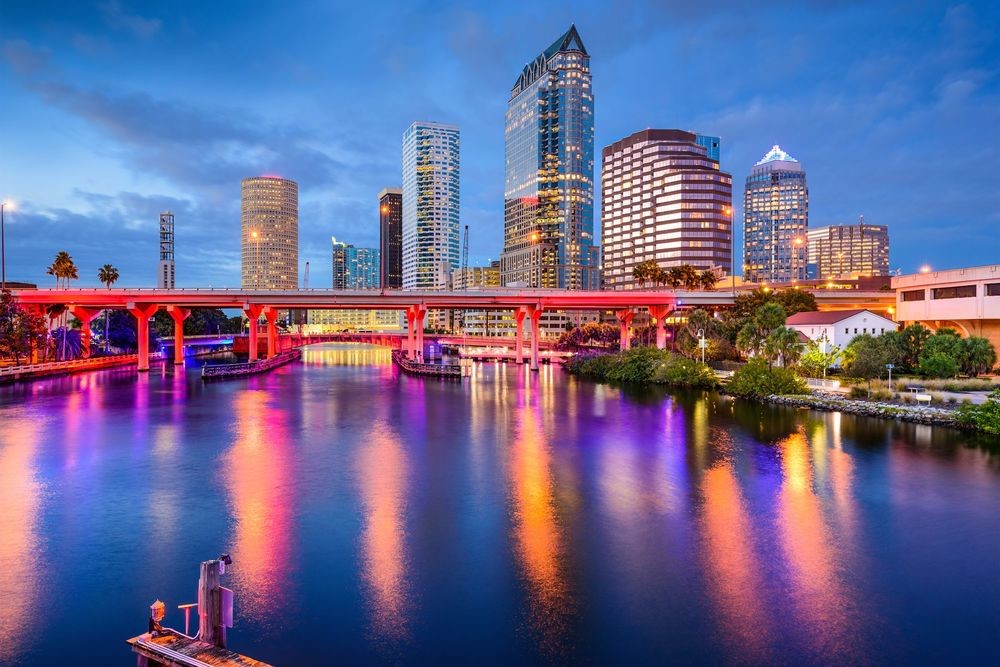 Location
Florida is widely known as the Sunshine State, but it is also well-known for its business-friendly environment offering low corporate income tax rates and no personal income tax. Low taxes combined with a lower cost of living than peer metro areas contribute to these rankings.

The proximity to the ocean influences multiple aspects of Florida culture and daily life. Tourism is one of the largest sectors of the state economy, pulling in a nearly 1.4 million employees in 2016. Tourism, manufacturing, construction, international banking, biomedical and life sciences, healthcare research, simulation training, aerospace and defense, and commercial space travel have contributed to the state’s economic development. Florida’s GDP in 2016 was $216 billion- making it the fourth largest economy in the United States.

Tampa is a major city within the state of Florida with an estimated population of 377,165 in 2016. The Tampa Bay Partnership and U.S. Census data showed an average annual growth of 2.47% or a gain of approximately 97,000 residents per year.


Sale
Go to www.SFRhub.com to custom search and view additional information!
This Build for Rent (BFR) investment opportunity gives a buyer the ability to acquire 54 townhomes in a to-be-developed community named Chelsea Court. The community will be a short drive, less than 10 miles, from downtown Tampa on major arterial and interstate roads. The seller is a new venture for a group of extremely experienced developers and builders accustomed to operating on an institutional level.

There is currently an opportunity for a buyer to participate in the equity and/or debt aspect of this offering. The seller is extremely capable and versed in building and development and institutional Wall Street analysis. Such participation would give a buyer the opportunity to further refine the project. This is the first of many BFR projects being planned by the developer-builder. There is the opportunity to secure an ongoing relationship to tailor specify projects for your criteria.

Strong rents and moderate prices create a great opportunity for a buyer to acquire homes with strong projected returns. Florida is consistently ranked as one of the best states for business. Tampa has a lower cost of business than many competitive locations. The townhomes that will be constructed are all 1,506 square foot, 3-bedroom 2 ½ - bathroom, 1- car garages. There are no CDD fees associated with this development.