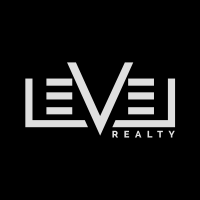 Location
Wynwood is a neighborhood in Miami, Florida that is known for being an entertainment district, with artwork, restaurants, breweries, clothing stores, dance venues, among other retail options. Formerly an industrial district, the area is now known for the murals that cover the walls of many of the buildings. It is north of Downtown Miami, and adjacent to Edgewater. Wynwood has two major sub-districts, the Wynwood Art District in northern Wynwood, and the Wynwood Fashion District along West 5th Avenue. Wynwood is roughly divided by North 20th Street to the south, I-195 to the north, I-95 to the west and the Florida East Coast Railway to the east

Long referred to as Little San Juan, and commonly known as El Barrio, because many Puerto Ricans immigrated to this Miami neighborhood from the island and northeastern cities in the 1950s. Since the early 2000s, the neighborhood has seen a rising amount of investment. The Midtown Miami development construction began in 2005 between North 29th and 36th Street and Miami Avenue and the Florida East Coast Railway (FEC) on what was historically an FEC rail yard. This brought renewed attention to the area, and previously abandoned warehouses have begun to be occupied by artists, restaurants, cafés, and lounges. Tony Goldman, a developer, also assisted in the growth of Wynwood by creating a mecca out of the already present graffiti. In 2009, Goldman commissioned artists to create the Wynwood Walls. Located in the Wynwood Art District, this is an outdoor exhibition of rotating street art.

Sale
The Wynwood Apartments sit in the northern section of Wynwood on NW 34th Street and neighbors Roberto Clemente Park. The apartments are comprised of two 8-unit apartment buildings built in 1925 that can be purchased individually or as a portfolio. Each building consists of all 1-Bed/1-Bath units, block construction, and receive additional income from laundry rooms on site. This property is an excellent opportunity for an investor looking to enjoy the stabilized income or create greater value through unit renovations and increasing rents.