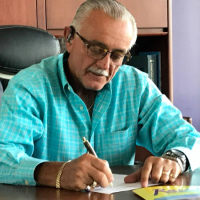 Operating restaurant seats 125 people, has approximately 20 employees, and is open Monday through Saturday 7AM to 9 PM. There is also a demand for business on Sundays. Can accommodate outside seating behind the restaurant. Family owned business for 28 years. Selling due to health reasons only. The parking lot is scheduled to be sealed and lined, new lit awnings were installed in 2015, the roof is approximately 7 years old, and a new A/C system was installed last year. Heating is a Williamson floor unit, the Hood system is up to date and has had regular bi-annual cleanings for the life of the system. New fans were installed in the hood and the soda bar room was completely remodeled in 2010. The lighting systems throughout the building have been updated by National Grid. The custom lit sign, menus, and T-Shirt designs were replaced in 2015-2016. Walk-in cooler and freezer have had compressors replaced and have been maintained regularly. Ice machine is a Hoshizaki and was purchased in 2012. A pager system is in use for servers. Line equipment was replaced in 2007/10, including flattop, char grill, and fryers. Slicer is one year old.* Rudy's Diner is located next to a Post Office, situated between two major intersections (West Avenue & West Center St., and Main Street & West Center Street). The area has several new developments, including a new hotel that is being built and brings in many travelers for the nearby attractions, such as the railroad museum and Erie Canal.See attached menu for details about the food offered here. Also check out some of the great reviews of this restaurant on Yelp.*New tankless hot water tank recently installed for $4200 and two new furnaces have been installed this year (2016) for $17,000.

Location (Click here to view the location on the map.)
The information above is from sources we believe to be reliable. However, we have not verified its accuracy and make no guarantee, warranty or representation about it. It is submitted subject to the possibility of errors, omissions, change of price, rental or other conditions, prior sale, lease or financing, or withdrawal without notice.

You must be registered or signed in for this action.