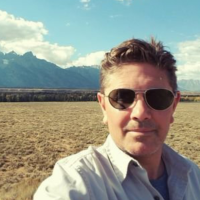 Location
The village has some small industry. Manufacturers in Antioch include the world-famous Pickard China factory, which makes fine china for Air Force One and Camp David, and Fischer Paper Products, which produces pinch bottom bags and other packaging products. Downtown Antioch has a mix of small retailers focused on antiques, quilting, small clothing boutiques and a variety of ethnic restaurants.

During the 2000s Antioch experienced extensive commercial development – in addition to the establishment of branches of chain restaurants such as Culvers, Popeyes, and Arbys, and a CVS Pharmacy store during the mid-2000s a new commercial center was established on the outskirts of Antioch which includes, among others, a Wal-Mart shopping center and a Menards home improvement store. Later, in 2015, a new Sleepy's mattress store was added. Also, a Walgreens on Main St, was moved across Illinois Rte 83, was completely rebuilt, and now is on the upper right corner of the Illinois Rte 83, and Illinois Rte 173 intersection.

2,083sf former bank with DRIVE THRU

The Chain O'Lakes is a waterway system in northeast Illinois composed of 15 lakes connected by the Fox River and man-made channels. Encompassing more than 7,100 acres of water, 488 miles of shoreline and 45 miles of river, the Chain is the busiest inland recreational waterway per acre in the United States