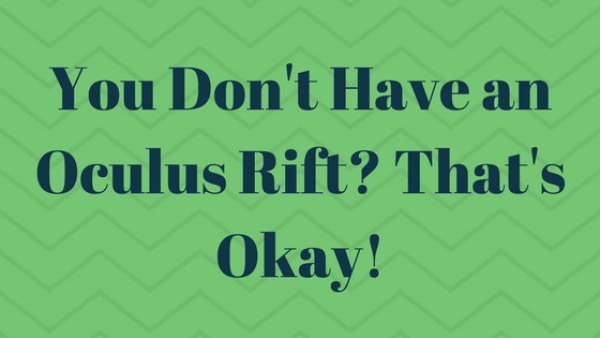 You Don't Have An Oculus Rift Headset? That's Okay!

You're in commercial real estate and want to conduct a virtual tour and you don't have an Oculus Rift Virtual Reality Headset? That's okay! You don't need one. You don't even need a Google Cardboard. It may not be as cool an interface, and it may not be as immersive, but you can share your 360 degree content just by adding it to YouTube. You can even watch it on your iPhone and Android phone. And it's still pretty cool.

Last year, I bought a Ricoh Theta S Spherical camera for my brokerage firm, Perlmutter Properties. The camera has a lens on the front and back of the camera, and it stitches together a 360 degree experience. You can shoot still images and video. If you put it on video mode and hold the camera above your head, you can walk through a space and capture a 360 degree floor to ceiling video. I'm no Francis Ford Coppola and I'm not worrying much about production values, but if someone wants to see a space without taking the time to actually visit it, they will get a pretty good idea of what to expect, and may be able to include or exclude it from their short list of sites to visit. I'm not suggesting that someone should make a long term multi-million dollar commitment based on a video. However, if a customer does not have the ability to visit all the spaces in a market that meet their criteria, watching this type of video can save them a lot of time.

An example of a video I shot recently is included below. To change the viewing angle, put your cursor on the video, click and hold and drag the image to the angle you want to see. You can even do that while the image is paused (but you have to have started playing it first). If you are watching the video on a phone or tablet just press on the screen and move your finger to change the angle.

I confess that I am a gadget guy, but I have not gotten an Oculus Rift or any other VR headset because I find it heavy and uncomfortable. I have no doubt that this technology will evolve very quickly and that I will probably own a VR headset within the next few years. In the meantime, just using a spherical camera gives you a lot of bang for the buck. It might be worth getting the newer Ricoh Theta V, which shoots 4K video and will look better on new 4K video displays, especially if you are showing the listing videos to your client in a conference room with a new screen.

The great thing about uploading the spherical video to YouTube is that it provides an extremely user-friendly and cost effective solution. You can send the link to the video to multiple members of your clients' team at once. They can either watch it together on a computer, phone or conference room monitor, or they can watch it wherever and whenever and as many times as they want without needing special hardware. There will likely come a day in the not too distant future when most people have their own VR headset. Until that time, having your spherical camera and sharing the video is a great way to save your clients time.

If you post your listings on QuantumListing.com, you can add a link to your YouTube video to your listing. 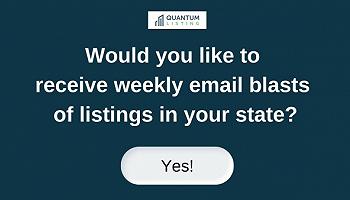 Would you like to receive weekly email blasts of listings in your state?