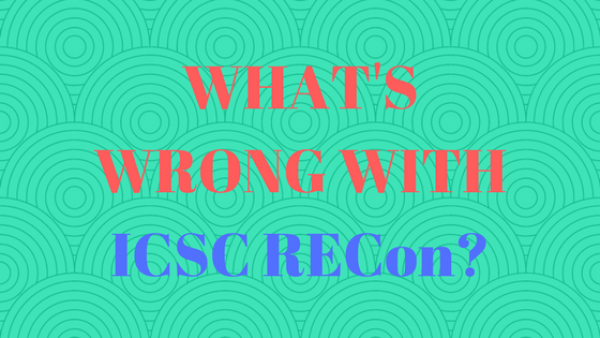 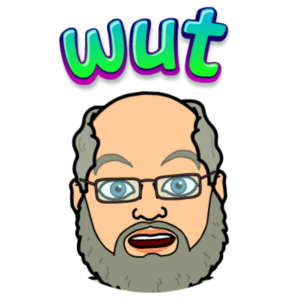 What's wrong with ICSC RECon? In a word, it's Wednesday.  ***PLEASE READ THE UPDATE BELOW***
I've been attending RECon since the late 1980s, way before it was called RECon. Back then, you were still able to have a full schedule on the final day of the ICSC National Deal Making. Over the years as the industry and its economics changed, attendees were more intent on leaving on the final day then booking a full schedule of meetings. However, if you have a booth, you are required to have it manned until the show is over. One recent year, on the final morning of the show, I stopped by the company booth of the then ICSC Chairman  to suggest that the ICSC form a task force to study how to make this last day more productive. When I asked to see him, I learned that he had already left Las Vegas. This guy was the Chairman of the organization, and even he skipped out on Wednesday!
If you look at the official schedule for RECon for Monday and Tuesday, there are several programs scheduled for each day. Even Sunday has a full schedule. Wednesday's schedule is barren. The only thing on it is the Leasing Mall/Marketplace Mall/SPREE RECon. They're not even playing reruns of the earlier events. It's really easy to do things the same way year after year because that's the way you've always done things. But why not change? We're a dynamic industry with an unlimited number of bright, energetic and creative people. Is our organization doing the best that can be done for its biggest event of the year?
I have some ideas on how the ICSC could change things up for the benefit of the exhibitors. For starters, why not let the people from the Marketplace Mall into the Leasing Mall on Wednesday? Why not let anyone who wants to come in to the Leasing Mall in on Wednesday for a substantially reduced price, or even for free? Is the worry that people will just go to parties on Monday and Tuesday so that they can slide in on Wednesday on the cheap? I dare the ICSC to try it. With all of the talent at ICSC headquarters and within the ranks of its membership, I have no doubt that a better way to do Wednesday can be found to benefit all of the exhibitors and attendees that collectively pour millions of dollars into RECon and the ICSC's coffers.
Personally, I enjoy Wednesday at RECon. On Monday and Tuesday, we're all rushing from meeting to meeting. With meetings scheduled every thirty minutes, it can be pretty hectic. On Wednesday, assuming you can find the people you want to talk to, you have an opportunity to have a more substantial conversation and build relationships. I visit the booths that I haven't had the chance to in the first couple of days and catch up with friends and colleagues. At our booth at S246 S Street in the South Hall, I invite people to the booth to hang out and pass the time, and some great discussions have ensued.
Given the absence of leadership by the ICSC on successfully addressing the Wednesday problem at RECon, I've decided to do my own small part to make Wednesday a meaningful part of the convention. Last year, Mike McClure of Ad Art Signs and Chuck Dietz of Dietz Associates both ended up at my booth at the same time late Wednesday morning and we ended up having a great discussion about trends in sign design and retail architecture. Brian Donovan of Donovan Real Estate Services also participated. This inspired Brian and me to start a speaker series at the booth. It looks like Cushman & Wakefield's Director of Retail Research, Pam Flora will be a headliner. The aforementioned Chuck and Mike will be among the featured speakers. We'll have more details about the schedule soon. If you would like to attend or be one of our speakers, please fill out this form. Space is limited. And consider this an open invitation to ICSC President Tom McGee or Chairman Elizabeth Holland, or whoever is elected in May as the next Chairman to speak on Wednesday at S246 S Street in the South Hall!
***UPDATE***
Liz Holland, Chairman of ICSC 2016-2017 accepted our invitation and will be one of our featured speakers at our Lets Get Smart Speaker Series on Wednesday, May 24, 2017 from 9:00am to 1:00pm at Booth S246 S Street. Additionally, ICSC President Tom McGee replied within 24 hours of getting my email, saying he was unable to speak at Lets Get Smart, but would be happy to speak with me after we get back from RECon. Kudos to Liz and Tom for being responsive and open. It is greatly appreciated.
In fact, since I wrote the initial version of this blog post, I was really blown away by the generosity of several of our industry leaders to give up a chunk of their time on Wednesday to speak. It took less than a week to fill up the four hours for this event. I think that almost everyone that attends RECon agrees that it is a worthwhile use of our time, that's why we keep showing up year after year (I think  this is my 30th consecutive year). Adding value to Wednesday at RECon is our attempt, in Shakespeare's words, "to gild refined gold, to paint the lily, to throw a perfume on the violet, to smooth the ice, or add another hue unto the rainbow, or with taper-light to seek the beauteous eye of heaven to garnish."
I hope to see you Wednesday. Lets gild some gold!