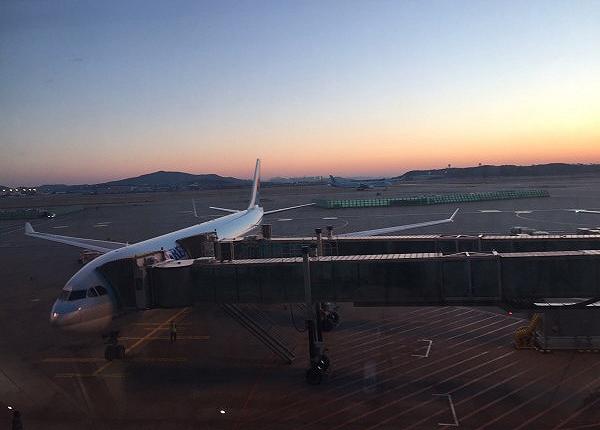 With a little time to kill before my connecting flight from Korea to Vietnam, I decided to use it to post a new Twitter poll. The question is "Which social media platform do you think is the most valuable for commercial real estate. The poll has only been up for a few minutes and we already have a few answers. Please take the poll, share it with your friends and colleagues, and feel free to send me replies via Twitter to @QuantumListing, via email to [email protected] or just leave comments on this page.
Here's the poll:

Which social media platform do you think is most valuable for commercial real estate?
— QuantumListing (@QuantumListing) February 17, 2017

(Sarah Malcolm, now Chief Digital Strategist at The News Funnel, was the subject of a feature last March by QuantumListing intern Jack Grossman. You can read that post HERE)

@QuantumListing LinkedIn has our vote, but together social media can be valuable.
— NAI Capital (@NAICapital) February 19, 2017

As for me, I'm most active on Twitter. Probably because it is fast and easy. I use Buffer to send listings, and articles to Twitter, Facebook and LinkedIn. Occasionally I also send content to Instagram, too, but that takes a couple of additional steps, so that holds me back from using it more. I do have fun goofing around with my kids on Snapchat, but have not set up a separate account for business. Do any of you use Snapchat in a business context.
I know I should use LinkedIn more, but I just have not made it a part of my routine yet. Content syndication through The News Funnel is definitely part of my strategy, too, and although it is not officially social media, it kind of is, and I suspect that is part of the reason Sarah Malcolm is now part of their team.
Tony vanderBeek's write in candidate, YouTube, is something I use, but mostly for instructional videos. I'll continue to add to this article, and would love to get your thoughts too. Email me at [email protected], Tweet @QuantumListing or just add to the comments below. I know we all have a lot to learn from each other about how we can benefit from social media.