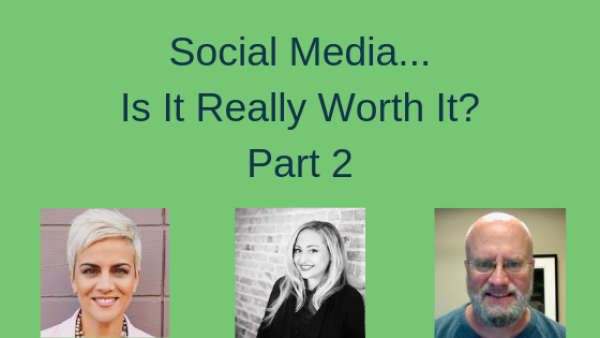 Social Media...Is It Really Worth It? Part 2

In our blog post last week, Social Media...Is It Really Worth It? Part 1, we summarized the first part of QuantumListing’s recent webinar with the Content Funnel’s Sarah Malcolm and Amanda Bowen. The post covered what Sarah and Amanda had to say about why CRE businesses need to be on social media, and how the Content Funnel can supercharge social media and content strategy. Read Part 1 here.

In the second part of the summary of the webinar, we’re taking a look at some of the Content Funnel team’s specific tips and tricks for optimizing social media for CRE businesses.

What are the best social media platforms for CRE?

One of the first and most important questions that a business has to ask before getting on social is which platforms to use. There are lots of social platforms out there, but only a limited amount of time and resources to create content, so choosing the right platforms is key to optimizing your business’ social media presence.

A great place to start thinking about social media platforms is the Content Funnel’s 2018 Benchmark Report, Sarah mentioned. The report provides a great CRE-specific overview of the social media landscape.

Of all the social media, LinkedIn might be the single most important, Sarah said. (Not to say that the others aren’t very important as well!) LinkedIn serves as an online resume for businesses and professionals. “LinkedIn is your way to build your brand from a B2B standpoint,” Sarah added.

Twitter is a great way to share information and build online relationships. A Twitter exchange mirrors an in-person or email conversation, giving it more depth than most social media exchanges. A couple of tweets back and forth can lead to a more meaningful relationship and is more likely to lead to a real-world encounter, than a thousand Instagram likes.

Sarah mentioned that all the people from social media that she’s met in real life have been through Twitter. Although success with Twitter could differ across demographics, Sarah cautioned, “most of the people on Twitter are middle-aged folks.”

Facebook is good because everyone is on it. But, to get real professional value from it, paid ads are necessary. And Facebook, with all the info it has on its users, makes it easy to target specific constituencies.

How to Maximize Engagement

Once you get on the right social media platforms, it’s not enough to just post here and there. There are specific strategies that CRE businesses can employ to maximize their engagement.

Hashtags are one of the best ways to get exposure to new audiences. Anyone who searches for those hashtags can see your content, meaning it is a great way to organically grow a following. This is especially true on Instagram where hashtag use is most popular.

Amanda advised that you have to choose the correct hashtags. It’s not enough to put a “#” in front of whatever comes to your mind. To find the best hashtags, Amanda said, search ones that you think seem best, and see who else is using them, and what else those people are using.

‘If you use the right hashtag,” Sarah added, “your engagement can go flying through the roof.”

It’s also important to think of social media as a long term investment. The time and money invested in building a robust social media brand likely won’t become apparent at first. It takes time, like any other form of advertising.

You can see what’s working in the short term with tools like Google Analytics, but it’s part of a bigger picture. Social media is at its core a relationship building tool, connecting you and your business with prospects and other people in the industry. And building relationships takes time.

“It’s relationship building that gets that deal, like going to golf or taking a client to dinner,” Sarah said. “You know it’ll eventually turn into dollars, it’s just a question of when and how.”

Groups on sites like Facebook and Linkedin are a great way to build social media engagement. By their self-selective nature, Groups get you in front of the right audience. And you don’t need to pay to get your message across because they’re already coming to the group to talk about the relevant topic—free is never a bad thing.

One of the most important aspects of social media strategy is the Late Night Rule. Scratching your head about what that might mean?

Businesses should think of their social media strategy as similar to a celebrity on a late night show. Sarah used Justin Timberlake promoting a new album on The Tonight Show with Jimmy Fallon as an example.

When Justin goes on The Tonight Show, he is 100% there to promote that new album of his. But Justin and Jimmy don’t just talk about the new album. Maybe they talk about Justin’s wife Jessica Biel, play a game or two, and chat about life. Their conversation has nothing to do with why he’s actually there—to promote that album.

Then near the end of the show, Jimmy will say something like, “Oh by the way, you have a new album,” and they talk about it for a bit.

“The album is the only reason [Justin Timberlake] is there,” Sarah explained, “but they don’t get to that until the end because that way it feels like its an organic sell, not a hard sell. That’s really what people want now.”

Social media strategy should mirror this by talking about topics interesting to your audience, like industry trends, sharing content, and joining discussions. Only after a bunch of that should your real topic of interest—your business—be included. 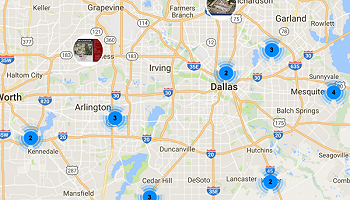