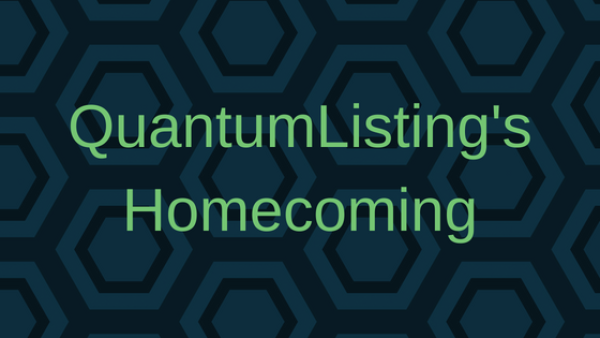 When QuantumListing began in late 2014, it was only an iPhone app. The vision was to use your smartphone as your go-to listing resource.

It was a sound idea, but too limited. It was a platform that worked great for millennial native smartphone users and independent brokers that are comfortable with tech.

However, larger companies that had marketing professionals on their teams wanted a web based platform that also had mobile capabilities. So, then we decided to launch a website as well.

As the website grew, we decided to emphasize it. During this time, the iOS app fell behind the changes and improvements on the website and ceased working. We never forgot our iOS users, however, making sure that the website was always optimized for iOS use.

We are excited to be bringing back the iOS version of QuantumListing, which was just released in the Apple App Store last week. You can download your copy here.

The app is back and better than it ever was before. Now it includes QuantumListing’s desktop features, such as access to all of the platform’s listings and the ability to share your listings on social media.

The new QuantumListing iOS app will have features that the old version never did, such as: saving listings for easy access, following other users, enhanced search capabilities, and various bug fixes.

You can find all the details of the new iOS app in this blog post or in the Apple App Store’s description of the application. You can also use the App Store link to download QuantumListing onto any iOS compatible device (iPhones and iPads).

The QuantumListing team is very excited to be coming full circle with the release of the iOS app. Being your go to real estate listing service across all types of devices, including your iOS device, has always been a vital part of our vision. Now, with QuantumListing’s iOS homecoming, in addition to the desktop site and Android app, this vision is truer than ever.