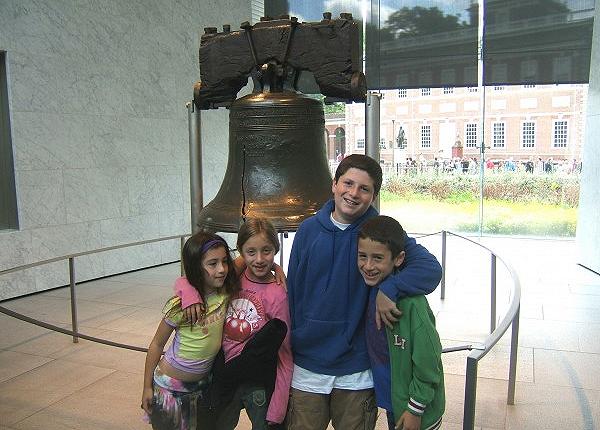 Today's QuantumListing Hot Spot is Philadelphia PA. I've always liked Philadelphia. My father went to the Wharton School at University of Pennsylvania on the GI Bill, and he always talked fondly of his experiences there. I went on a class trip to see the historic sites when I was a kid. Long before Lin-Manuel Miranda wrote Hamilton, probably before he was even born, I went with my family to see the show 1776 on Broadway. That show was among my favorites for a long time. And, Ten years ago I got to visit Philadelphia with my family and see the national historic sites.
In the early 1990's I brokered the sale of the former Gimbels at The Gallery at Market East in Philadelphia to Vornado. Aetna, the insurance company that held the mortgage had gotten it back from the borrower. I was at the ICSC National Deal Making show in Miami when that was still a thing, and the representatives of Aetna came into my booth because they saw I had a graphics board with 620 Avenue of the Americas, on which I was consulting with my cousin, the architect Ken Narva of Planned Expansion Group (now StreetWorks). 620 Avenue of the Americas was the former Cooper Siegel Department Store, the first store with escalators in Manhattan. It was smack dab in the Ladies' Mile, an historic shopping area that had fallen out of favor as a retail area. Bed Bath & Beyond loved the large retail floor plate with wide column spacing and high ceilings and decided to take a chance on being a pioneer in bringing back retail to this district. Coincidentally, Leonard Cohen from Bed Bath & Beyond was the chief cheerleader for this project, and he was a classmate and fraternity brother of my father at University of Pennsylvania.
Tishman Speyer was the developer of 620 Avenue of the Americas, and so they were the first company Ken (also a Penn grad, by the way) and I showed the property to. They passed, so we ended up bringing it to Vornado. A friend that I had met through the ICSC, Todd Bassen, was working at Vornado at the time on its acquisition team. Todd arranged for us to meet with Steve Roth, chairman of Vornado. We pitched the building, he seemed interested, and said he would swing by it that afternoon on his way to visit his son at Princeton. The next day we had an offer from Vornado, and the deal closed shortly thereafter. I still get a feeling of pride whenever I'm in Philadelphia and walk past that building.
Scroll through the frame below to see our users' listings in the greater Philadelphia market.