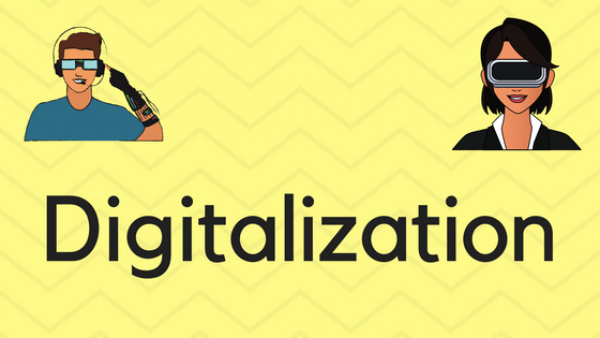 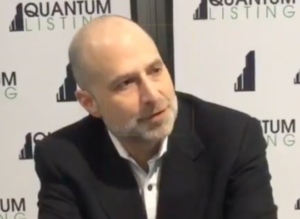 The first speaker of #LetsGetSmart17 was Doug Jerum. Doug is a managing partner at Ferrara Jerum International, a real estate brokerage firm based out of Rochester, NY that specializes in big box stores like Walmart and Kohl’s and is now developing several locations for Seritage.
Doug focused his talk on how digitalization is affecting the direction of retail. Gartner Research defines digitialization as, "the use of digital technologies to change a business model and provide new revenue and value-producing opportunities."
The internet is the biggest factor changing retail. This especially applies for people who’re under 40 today. These under-40s, often referred to as Millennials, do large amounts of shopping online, and are thus less likely to shop in a physical retail location. “The younger side is sweeping away everything we thought to be true,” according to Doug.
These younger shoppers “need everything to be an experience in one way or another.” For shopping that is not an experience, younger shoppers prefer the convenience of online shopping.
This experience-based shopping includes entertainment venues, such as movies and bars, and also “internet-proof” things, like barbers and gyms. In addition to being “internet-proof”, retail should also be “boring-proof”, meaning that it should hold the shoppers’ interest with some unique and enriching element.
At this point in the talk, an audience member asked a question about how Walmart and similar big box stores will do in this new retail environment. As Doug has been involved with over 60 Walmart locations, he was well positioned to answer.
Doug said that it is unlikely that another behemoth like Walmart will emerge in the foreseeable future. There is simply no need for another retail store of Walmart’s scale when so much can now be bought online. In fact, most of Walmart’s recent growth has been from its website. Walmart’s business has had to evolve to accommodate this new world of digital retail, even given its predominant place in traditional retail.
The winners in the future of retail will be services, food, and entertainment—businesses that provide experiences.
At this point in the talk, Doug pivoted to discuss a few emerging sectors that will provide growth for retail going forward, eSports and location-based virtual reality.
If you are unsure of what eSports are, it is playing video games professionally. Do not worry if you are unfamiliar with this term, as when Doug asked the audience who knew what eSports are, only a paltry two hands went up.
While the commercial real estate brokers and other participants in #LetsGetSmart17 may not follow eSports, these digital competitions are quite popular among young people. The industry is currently worth $700 million, and has grown 40 percent since last year. Future rapid growth is certain. Heralding eSport’s emergence to the mainstream, eSports arenas are popping up all around the country. There is currently a 20,000 square foot eSports arena being built at the Luxor in Las Vegas.
Also like with traditional sports, there is are retail opportunities with eSport merchandise, particularly as popular teams and celebrities emerge begin to get more mainstream media attention.
It remains to be seen how eSports will play out, but the industry is a worth watching because it is certain to boom in coming years.
Doug also talked about location-based virtual reality (LBVR), another digital development that will grow in the near future. LBVR is virtual reality (VR) that is experienced outside of the home. Having a VR set up at home can be prohibitively expensive and complicated for many people, so they would rather just go to a dedicated LBVR space.
There are almost limitless possibilities for VR, such as putting a headset on to take a tour of a museum 2,000 miles away, or even climbing a mountain with more advanced VR equipment.
Doug cited the Ghostbusters exhibit at Madame Tussauds in Manhattan as a great example of LBVR’s potential. Similar LBVR experiences will be spreading across shopping centers in the near future.
LBVR is a new area, so nobody has yet figured out a formula for its success. But, Doug believes, “in the next year or two someone will have one that blows everyone away.”
Given younger people’s desire for experiences while shopping, such as going to a LBVR center, many new retail businesses will be local stores, regional firms, and franchises, according to Doug. These types of stores can cater to local tastes better than the big national corporations that drew customers in the past.
While these smaller business will create more revenue in coming years, they present challenges as well. It is often harder to suss out if a smaller firm is a good operator than it is for a big national business. There is less transparency and information about smaller businesses than their large national counterparts. Therefore, Doug said, it is very important to know how to analyze financial statements to better-understand smaller businesses.
Doug concluded his time discussing the role of digital technology in the commercial real estate industry. He said, “there is a long way to go before anybody is going to tell us our industry is tech savvy.” Compared to other industries’ digitalization, commercial real estate is the “caboose on the train.” But, this lack of digitalization means that there is enormous opportunity to be made digitizing the industry. There has yet to be a “killer app” for commercial real estate, but the industry is ready for such innovation.
Watch Doug Jerum's presentation at #LetsGetSmart below.


Ben Perlmutter is a freelance writer and English teacher in Seoul, South Korea. He can be contacted for inquiries at [email protected]