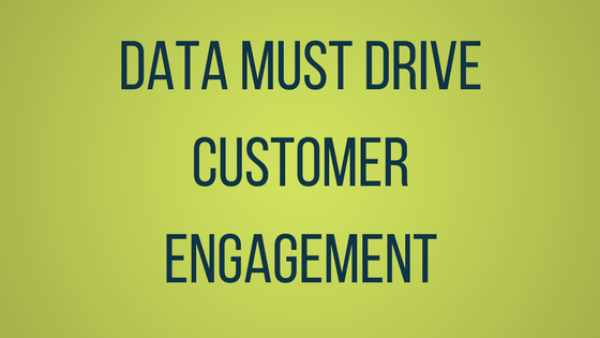 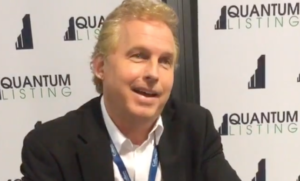 Craig Wood, Vice President for the Western Region for AMP Technologies focused his talk at #LetsGetSmart on using digital technology to improve the retail sector.  AMP Technologies,  is a cloud-based real estate asset management platform based out of San Ramon, California. Craig has been working on the technology side of retail for nearly twenty years. Before joining AMP, he worked with AT&T on the partner side of the business helping early stage companies.
Craig began his talk by discussing the idea that although many people have recently made claims about the decline of physical retail, it is by no means a “dead” industry; rather, it is merely changing as our society moves from an industrial one to a technology-based one.
While Craig credited some companies like Amazon for making online retail fast and convenient, he also points out that humans are by nature social creatures and that many researchers are coming out with studies that point to the negative effects of sitting in front of a computer for hours on end.
In fact, Amazon itself is working on creating physical retail in addition to its online presence, recognizing that while shopping over the internet is convenient there is no replacement for the social interactions a shopper gains from going into a physical retail space. Thus, the challenge for businesses today is to figure out the optimal balance of online retail and physical retail.
Craig used the example of the changing look of physical retail to transition into one of his main points: in a technology-based society, the real key for businesses is data. “What matters the most is who has the most data, who has the greatest insights, and most importantly who can execute on that data the fastest,” Craig claimed.
In a marketplace that is changing quickly, Craig encourages businesses to streamline their data and assess how quickly they can access and respond to it. “I have come into the real estate world and the retail side of things from a technology background, and what has been most amazing to me is the lack of automation that exists in the real estate side of things.” Craig believes that many businesses can cut out manual data-sharing and move toward unified insights that allow them to access their data in an instant. Optimizing data in this way allows a business to quickly access the information they need, allowing them to be more nimble and efficient as they work to outperform opponents.
In general when it comes to handling data, Craig claimed that “those who can move fastest will win.”
As Craig concluded his talk, he opened up the stage to the audience members to ask questions, who focused their questions on how businesses can use technology to their advantage in today’s industries.
One member asked Craig how he thinks companies can continue to use data to improve, citing that Walmart has been using real-time data from its stores and warehouses for years. Craig explained that in this sense, an area that retailers will move toward is the “instant fulfillment” model; he predicted retailers will spend more money in the future on expedited delivery options (in a similar way to UberEats’ recent rapid delivery model).
Another audience member asked Craig more broadly how businesses can use technology to their advantage while competing in the market today. In response, Craig made three suggestions. First, he pointed out that businesses need to look at their data in-house and figure out how to optimize how quickly their team members can respond and collaborate within their platform. For example, businesses should look to cut down on emails and attachments and replace them with the collaborative tools available today. Second, Craig suggested that companies make having a successful online presence a top priority, especially in terms of boosting web traffic. Lastly, Craig suggests that businesses focus on and evaluate how all of the aforementioned aspects of their business come together cohesively.
Finally, Craig responded to a question from an audience member by discussing what he views as successful tactics from online retailers today. Craig discussed that smaller brands that focus heavily on consumer engagement are seeing some of the greatest successes online today, which can be a more difficult aspect of business for the larger companies like Amazon and WalMart. Lastly, Craig pointed out the importance of working against what he calls “cultural inertia” within companies, meaning that company leaders should continue to be open to new strategies and perspectives rather than get stuck in their old ways.
Watch Craig Wood's presentation at #LetsGetSmart:

Mary Keough is a recent graduate of University of Virginia, where she earned her bachelors degree in psychology and her masters degree in teaching. She is looking to pursue a career in elementary education. She can be reached at [email protected]