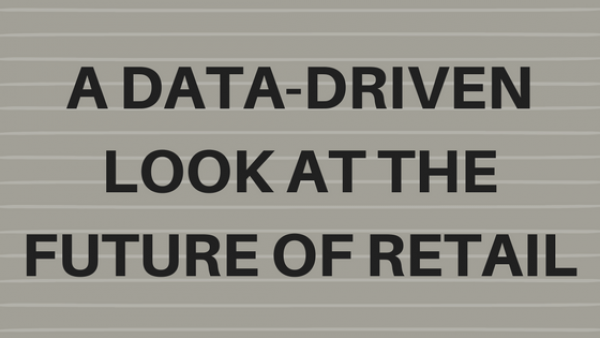 #LetsGetSmart - A Data-Driven Look at the Future of Retail 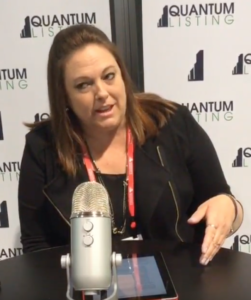 Pamela Flora discussed various trends in retail that her research has uncovered during her #LetsGetSmart17 talk at ICSC RECon. As the director of research at Cushman and Wakefield, a global real estate services firm, her work involves conducting general research that identifies trends in retail and publishing analyses of this information.

Pam began by  discussing the media’s negative coverage of retail. According to the media, the state of retail is dark: “it’s the armageddon, the apocalypse, and the world is coming to an end.” Her vivid description of the media’s take on retail drew laughs from the crowd.

Supporting the media’s reports of doom and gloom, Pamela noted that retail stores closures are at their highest since 2010. Four thousand stores closed last year and over 8,000 are projected to close this year.

Despite these dark figures, There are things to be hopeful for in retail, Pam reassured the audience. While many big stores are closing, there are many new concepts coming out in the food and entertainment sectors that are promising for retail.

Such changes are occurring because the economy is fundamentally moving in a new direction. The closures are not a reflection of mere economic cycles.

The United States has had an “over-retailed” market, according to Pamela. The country has significantly more retail space per capita than every other developed country. American retail stores consequently have the lowest sales per square foot.

The rise of ecommerce has fundamentally disrupted the American market. Online sales now account for approximately 30 percent of GAFO sales.

Some online retailers are even moving into physical spaces, like Warby Parker and Bonobos. This development further cuts away at traditional retail stores.

Ecommerce sales also account for 20 percent of sales for apparel and furniture.

The giant of ecommerce, Amazon, dominates digital sales.  Amazon has a market capitalization higher than the next top eight retailers combined, Pamela noted. Last year, Amazon accounted for 43 percent of online sales. Its dominance is only increasing, with 2016 revenues up 26 percent from the year before. Much of this growth is from selling products that they directly own.

Traditional retail is not without hope, Pamela reassured the audience of people almost exclusively involved in the retail sector. Stores like Nordstrom, TJ Maxx, and Marshalls are doing well. Shopping at these places is “like a treasure hunt.” Consumers go through all the racks to find what they need. Such sensory experiences cannot be duplicated online. If current trends continue, TJ Maxx could actually become the top seller of apparel within a few years.

Grocery and dollar stores are also growing. The top five dollar store chains have opened over 7,000 numbers in the past five years.

Different types of retail spaces will be affected differently by ecommerce. Neighborhood centers are probably going to fair the best because they have stores that are less susceptible to having business taken by ecommerce, such as drug stores and restaurants.

Power centers are probably going to have a lot of spaces opening as big box stores close. Between 1,000 and 1,500 big box stores are projected to close soon.

Many of these big box stores will be filled by entertainment stores, though. Dave & Buster’s has recently taken over the space of some recently closed Sears.

A large sector of growth will be what Pamela calls “Surban” places. These places are walkable and have an urban feel, but are in a suburban area. Urban developments are mixed use, with apartments and stores that the people in the apartments use like restaurants and gyms.

Food halls are also increasingly popular. The mammoth World Trade Center in Manhattan even has a food hall now.

Pamala also said that craft breweries are becoming more popular as anchors, with the caveat that their technical equipment requires an industrial-specific space. Many shopping centers do not have the facilities to house a craft brewery, Pamela cautioned.

Pamela mentioned a few other experience-based stores that herald the future in retail. These include full service movie theaters, escape rooms, Dave & Buster’s, and bowling alleys.

In the question and answer portion of the talk, the audience wanted more of Pamela’s opinion of the effects of ecommerce on retail.

When the subject of malls came up, Pamela opined that people are going to the mall these days for food, entertainment, or to buy a specific thing. Gone are the days of old when people would make a day out of wandering around the mall shopping. Regarding people’s mall going habits today, Pamela surmised, “they’re not making the trip to the mall to buy the thing that they could buy online otherwise.”

The audience was particularly captivated by the question of why this revolution is coming to retail so fast. Pamela did not have a full answer to this difficult question, but she offered that internet sales have gotten much better and more accessible in recent years. These recent improvements in ecommerce have accelerated a trend that was already underway.

Watch Pamela Flora's presentation at #LetsGetSmart:
Ben Perlmutter is a freelance writer and English teacher in Seoul, South Korea. He can be contacted for inquiries at [email protected]