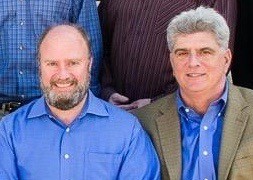 My older brother, Frank Perlmutter, died unexpectedly on June 3rd, 2016. It's been a quite a blow to all who knew him. Frank was a great guy in so many ways. He was full of life, dedicated to his fami... 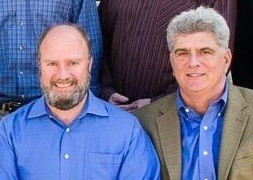 My older brother, Frank Perlmutter, died unexpectedly on June 3rd, 2016. It's been a quite a blow to all who knew him. Frank was a great guy in so many ways. He was full of life, dedicated to his family, an entrepreneur, mentor, and leader in his community. If any of you knew him, or would like to know more about him, please visit the Lifeposts page dedicated to Frank, where you'll be able to see his obituary, eulogies, and tributes by some of his friends and family. As an older brother, Frank was the best. He influenced me in innumerable ways, and was always supportive.
Frank was a pioneer in retail tech. At the dawn of the PC age, Frank was working as an assistant manager at a Cub Foods store in Madison, Wisconsin. One of his duties was to schedule the 150 or so employees each week. This was done manually, took several hours, and was quite tedious. Frank thought this would be a great task to automate using a personal computer. His childhood friend, Geoff Palmer, was a computer geek and together they formed Information Marketing Businesses and created the People Planner software package that integrated labor scheduling, time and attendance, and payroll management. After several years of growing the company, he and Geoff sold it to Simplex. Frank worked for Simplex, then Tyco when they bought Simplex, and eventually helped sell his division to his former competitor, Kronos.
Having observed so many transitions of his company close up, he decided to get his broker-dealer license and help small to medium sized businesses to either sell or acquire other companies, and to help them raise capital. He did this successfully for many years, while raising his family and playing a vital role in the Dover-Sherborn community where he lived.
Even though we did not get to see each other as often as we would have liked due to our respective family and business obligations, we spoke frequently. We had a friendly New York-Boston sports team rivalry, for which we often had creative prop bets. When I started QuantumListing, I would often bounce ideas off Frank. When I visited, one of the highlights were our morning walks in the nearby woods with his dog Troy, where we would discuss a range of subjects including our businesses. Last fall, Frank attended Disrupt CRE Boston with me. He helped me man our table and coached me on my "Meet the Disruptors" pitch. Later we had a great time doing a post show wrap up.
Frank and I never really got the opportunity to work together in our careers. I was hoping that, when I was ready to seek outside financing for QuantumListing, Frank would help me package the deal and find the equity. It's still so hard to believe that he is no longer with us, and that we won't be able to go through this next stage of my company's development together as I had envisioned. Nonetheless, I feel lucky to have had Frank in my life as long as I did, and will no doubt miss him terribly as the years go forward.