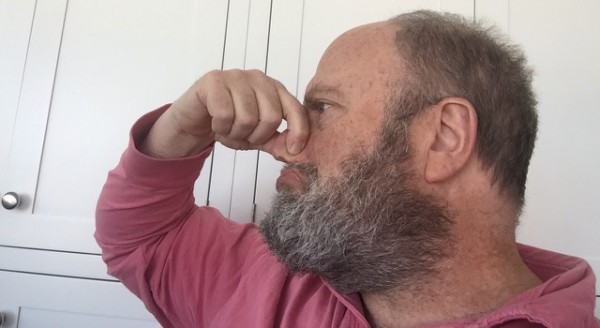 Does My Marketing Suck? 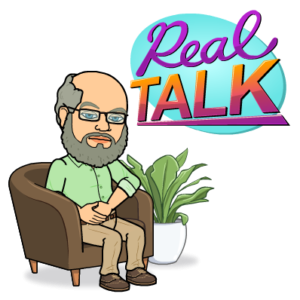 Does my marketing suck? There's a commercial on the news station I often listen to in the car for a marketing company, and its website is yourmarketingsucks.com. I hear the commercial a couple of times a week at least, but probably only needed one time to remember the web address. I never surfed to it until just now, though. The website repeats their tagline, with the follow up that they can change that. It has a few simple graphics defining the range of services, a single button to click on, and in the background some kind of moving three dimensional graphic that made me feel like I was getting motion sickness. That made me want to get off that page as soon as possible, and I had two choices, either clicking the button, or quitting the website. The first time I left the website, but then went back for the sake of you, dear reader, and it brings you to a dead simple page with a form to fill out for a free consultation. So, it's clear this is a numbers game. He reaches a ton of people on the radio. Eventually, like me, some are going to check out the website, some are going to leave, either because they just went in the first place because they were curious, or were nauseated by the moving graphic, and some are going to click that one bright red button. Then, some are going to fill out the form, and some are going to leave. I didn't fill out the form, but I'm sure there's an auto-reply and on the next business day, a human will call me to set a time for my consultation. I can't attest to this company's services, but his marketing is pretty good. They have a single, simple message which they deliver consistently and often.
What I need to learn about marketing is a topic that has been on my mind recently. I run  an independent real estate brokerage, Perlmutter Properties, in addition to being the founder of QuantumListing. Neither has a marketing department or a long term marketing consultant. I've always been a do-it-yourselfer, partly to keep costs down, partly because I enjoy doing things myself. It was only about 6 years ago, after being in the real estate business for 25 years, that I let someone else work on my Perlmutter Properties website and produce my listing flyers. As a small business owner, it's very easy to settle into patterns of practice, rather than always being on the lookout for best practices. There's a lot to do all of the time, so it's not always possible or practical to change, even though that might be what is better.
Last week, Perlmutter Properties sent out an email blast for some former bank branches, some of which are for sale, some available for sub-lease. My email service sends out a follow up email to the people that don't open the email the first time it is sent. I've sent out this blast once a month for the last few months. A colleague that I know well at another firm called me up and asked me why I hadn't sent it to him before. He has probably gotten that particular email half a dozen times. He told me that my emails don't end up in his junk folder. I'm sure, like me, he gets at least two hundred emails a day, 85% of which are for listings in markets that I don't cover. It is easy to overlook or delete something that is relevant. When I send an owner, buyer or tenant a proposal, I usually follow up with a call to make sure they know it has been sent.  The volume of email can get overwhelming, so much so, that I started using a service called SaneBox, which uses AI to learn about you and your email and help manage what is important, without sending things you might be interested in to spam.
So, it took 6 or 7 emails to get my friend to call me about this one particular property. In marketing, there's something called the Rule of 7. It states that a prospect must hear an advertiser's message 7 times before they'll take action or buy the product. Anyone who has ever watched a tv show has certainly had the experience of being inundated by the same commercial over and over again, often within the course of the same show. It's annoying, but apparently really effective.
Taking a step back and thinking about my efforts at marketing QuantumListing, I realize that a marketing professional would likely say they are scattered and unfocused. While I think of looking at it as trying to find a hook that works, my intended audience may see it differently. While I think sending the same message over and over again is tedious, my intended audience may only actually be seeing it once, and they need to see it again and again.
As someone involved in every step of building the QuantumListing platform, I get caught up in the excitement of each new feature we introduce. I'll focus my marketing on that and then move on to the next thing. I'm looking at each tree as special and want you to see it that way too, but what I should be doing is drawing your attention to my incredibly special forest. Again and again and again.  Think about Coca-Cola's marketing. They often run with a slogan for years. It's the real thing. A Coke and a smile. I'd like to buy the world a coke. Taste the feeling. Even their blunder, New Coke, got everyone talking about the original product and why the loved it. Has Nike ever budged from Just Do It? Has QuantumListing had a clear and consistent message? No.
To answer my question at the top of this post, my marketing sucks. There are lots of reasons you should try QuantumListing, but one clear message at a time is my new mantra.