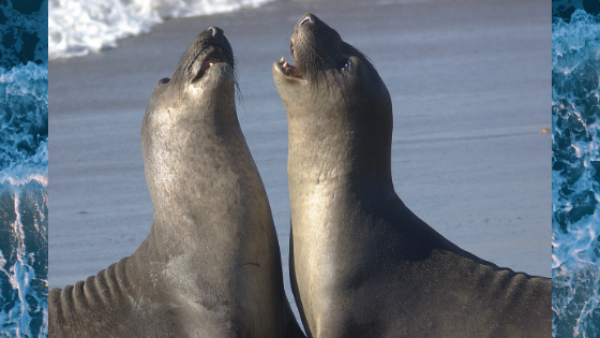 A Tale of Two Email Blasts

Yesterday, I tried something new in my weekly email blast which I send out via Constant Contact. I decided to keep it simple, because the prior week, I got a response from one of the recipients saying this:

Let me know if you need a good marketing guy to better package this.  It's messy and confusing.  Get what you guys are doing, but could be much better on the presentation / delivery.  I have a few people in mind.  Just trying to help :)

Well, I do have a good marketing person, Anne Hasegawa at ZeroFive Design. I just have to remember to use her more often! Sometimes, in my rush to get a message out there, I'll pay more attention to the content then the form, and perhaps the content can use a little editing, too!

Last week's email blast in question is visible up above. It's subject line was "Time to Say Yes." It was sent out on December 28th, and I thought it had a nice positive ring to it. People responded to that with an open rate of 32%. But, as my interlocutor mentioned, the email itself was kind of a mess. It was text heavy, and perhaps a little confusing as he mentioned. It did have an embedded video of the video demo of the QuantumListing overview, and it had a great quote from CREOutsider.com's Chris Clark.

Here are the results of last week's email blast:

Other than the fantastic click through rate on the first blast, the results of the email were "meh." There was a steady trickle of downloads, not the monster wave that I want.

So, back to this week's blast, which had the Subject line "Start the New Year with QuantumListing."
As you can see, it was more visually than text oriented. It shows at a glance that it is an app for searching, posting and sharing commercial real estate listings. The text next to the logo at the top says, "QuantumListing is the new mobile crowd-sourced listing app for commercial real estate agents, owners and tenants." The two images in the email were ones prepared by ZeroFive, but I cut and pasted them here from other sources. The email also had two places where the recipient could click to go to a landing page with a simple form to fill out, after which I would create a Premium Membership account for them with the information submitted.
Here are the numbers after about 30 hours, from this blast:
The percentage opened is lower (23.5% vs 31.8%), but the percentage of click-throughs is higher (3.4% vs 2.1%). Based on past experience, the percentage opened will drift up during the course of the week, but no way will it increase to 31.8%.
I would have thought, that all other things being equal, more people would have opened emails this week than last week, when presumably many were on vacation. In reality, the opposite was true. Perhaps I should have done some A/B testing with the subject lines, as my friend Gordon Platt from Gotham Media Strategies often advises. I know I should be more rigorous about A/B testing, maybe that can be one of my new year's resolutions!
Of the 32 clicks, 28 were for the landing page to fill out the form, and of those 28, 7 filled the form and submitted them. And, I did do A/B testing with the landing page! The one with the brighter background performed the best, but I'm not convinced the sample size was large enough to be statistically significant.
So, here's my takeaway from these two weeks of email. People liked the positivity of the "Time to Say Yes" subject line, and perhaps it piqued their curiosity, because it did not say what I was asking them to say yes to, so to find out they had to open the email. Then, they had to wade through a lot of text and possibly watch a video before they got to the call to action.
This week, the email was simpler and clearer, but maybe the subject line was a little more ham-handed. The call to action was at the top and the bottom of the content, but perhaps would have been more effective if it was bolder. It looks kind of overwhelmed by the central image.
Next week I'll see if I can combine the best of the last two weeks, and do some A/B testing. If Anne has time, maybe she can help me put together something better than I can do on my own.
David Perlmutter is the author of the QuantumListing Blog and publisher of the QuantumListing App. He is also the owner of Perlmutter Properties Inc. in White Plains, NY.
FILL OUT THE FORM FOR QUANTUMLISTING MEMBERSHIP